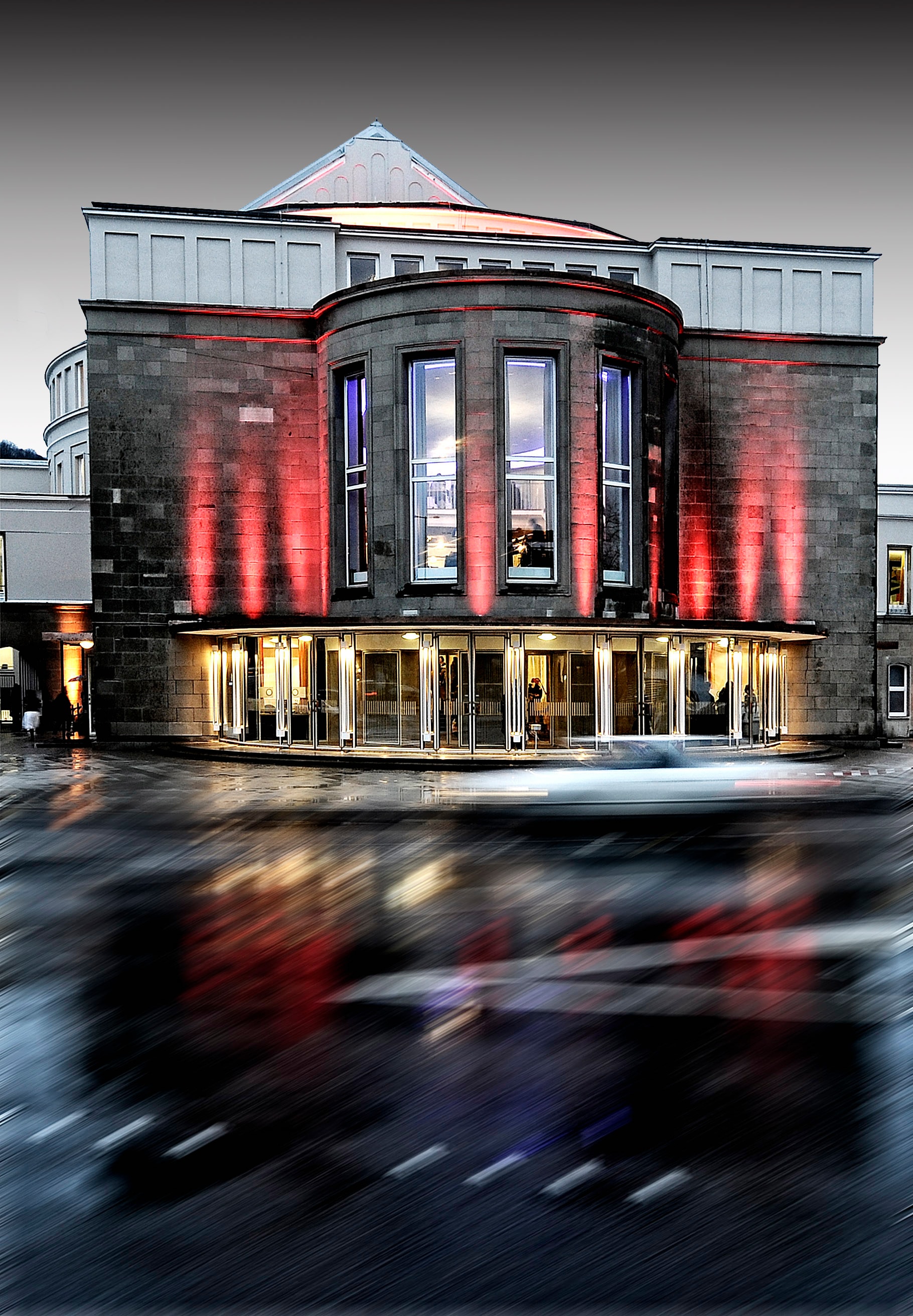 This renowned opera house in the bergischen metropolis is well known for its artistic delights. One prominent figure contributing to this was the late choreographer Pina Bausch, who reached world fame with her dance theatre and received many awards for her work over the years.

After extensive modernization, the long-awaited reopening of this prestigious Wuppertal treasure occurred on the 18th of January, 2009. The building had had to be closed at the end of 2003 in order to update its fire protection equipment and to have its entire electronics systems redone.

A venue steeped in tradition

Apart from the theatre in Elberfeld, the Opera house in Barmen belongs to the Wuppertaler Bühnen, a communal city theatre company which is run as a city-owned GmbH and which supports ensembles in acting and music theatre. In addition, the Wuppertaler Bühnen works for the Pina Bausch Theatre of Dance which showcases and performs its productions in the two venues. The original construction of the opera house was finished in 1905 following the drafts put forward by Moritz, a famous architect from Cologne. During the final phase of the Second World War it had sustained heavy damages from an air raid. After its reconstruction, the building was re-opened in 1956 until it was closed in 2003 for complete renovations.

The days leading up to its solemn re-opening flew by and time was growing thin, providing quite an adrenaline rush for all those taking part in the installation work. The final work was completed by working in both day and night shifts. The last dust cover caps were removed from the fire detectors on the day of the opening itself.

Niscayah was the partner responsible for implementing the security concept for the Wuppertal Opera House. As one of the leading manufacturer-independent enterprises on the international security market, Niscayah installed highly modern ESSER brand fire detection technology which corresponds to the newest guidelines and guarantees the highest safety standards for visitors, actors and the building itself. Niscayah also took over the initiation of external services in cooperation with the Wuppertal fire department and the TÜV Rheinland.

Almost 1000 high-quality IQ8Quad fire detectors were installed, about 40 percent of those with integrated, acoustic alarm signaling devices for corresponding support in case of evacuation. 25 aspirating smoke detectors as well as 150 push-button detectors and approx. 30 air duct detectors complete these extensive protective measures. The peripheral elements were switched on 6 IQ8Control fire alarm control panels via approx. 20 rings which are networked to each other. The master panel with the operating unit is located in a separate room.

The complex control matrix for the fire detection system which, in a first step, was programmed according to the present standards, controls among other things the ventilation and lighting systems, the smoke exhaust systems as well a freight elevator and an elevator for disabled persons. During the installation, the control matrix was modified several times in order to also take into consideration the special requests of the stage company and resident fire department.

The approval of the fire alarm system was carried out by the TÜV Rheinland one week prior to the reopening. Two days later the system was then linked to the fire department. A subsequently conducted evacuation exercise was part of the construction permit procedure. This exercise had to be completed successfully in order to obtain approval for the opening on January 18th. An unannounced test alarm was triggered during a special invitational event. The first person needed only twenty seconds to make it outside and four minutes later the whole building was empty. The head of the Wuppertal fire department, Siegfried Brütsch, was more than happy with this result.

Just how comprehensive the organizational processes are, even only those concerning fire protection, is reflected by the number of enterprises involved.

The inDIGO GmbH engineering company from Dortmund had been entrusted with the overall planning of electronics and telecommunication for the project and acted decisively as the interface between planning and project management, even concerning the TÜV approval and the linking to the Wuppertal fire department. The implementation of the fire protection concept within the framework of the renovation required comprehensive specialized knowledge and a large commitment from everyone involved in order to reach maximum security. Proof of the successful planning and implementation was the evacuation exercise, carried out on January 9th 2009 by the Wuppertal fire department and 700 test persons – it was also broadcast by regional TV.

Conductors are known for their finely-tuned hearing. During soft passages of classical pieces the noises of the aspirating smoke detectors used to cumulate in the orchestra pit (barely noticeable to others) and irritated the conductor. A solution was badly needed. By utilizing an acoustic insulation solution, a reduction of approx. 18 decibels was achieved and the distracting noise was minimized.

After the renovation – which totaled 23 million euros – the opera house now radiates the charm of the fifties again, while being equipped with the latest technology. The renovation was made possible – among other things – by a donation of the Jackstädt Foundation and the commitment of the Wuppertal citizens who raised almost 600,000 euros through the “adopt- a- seat” program which paid for all the new seats. It was therefore no surprise that all seats were filled for the performance of Mozart’s “Magic Flute” on February 7th.

Graduate engineer Michael Steinborn (Technical Support ESSER) supported Niscayah from the manufacturer’s side regarding applicative special solutions. He and his colleague Frank Diebek (Technical Marketing ESSER) agree with the responsible technician from Niscayah, Stefan Laumann as well as the site supervisor, Heinrich Nadicksbernd: There was little left to be desired concerning the technical implementation of inDIGO GmbH’s entire planning as well as the requirements of the operator and all authorities responsible. 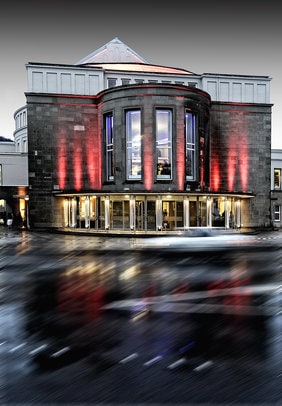