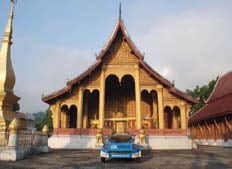 In addition to other renewable (and/or alternative) sources of energy such as wind, water or geothermal heat, solar energy belongs to the fields which will play an increasingly larger role in future energy supply. Unlike the fossil fuels which are available only for a finite amount of time such as oil, coal and natural gas – on which the present supply is generally based, solar energy is available permanently. The method of photovoltaics is used in order to convert solar radiation into electric energy. The most well-known form of such systems are the solar modules that have been installed on a large number of roofs and which provide a portion of the energy used in the respective buildings. New records are announced regularly from the scientific laboratories when it comes to the performance classes of the solar modules.
According to the “National renewable energy action plan” the German Federal Government assumes that approximately 38% of electricity in the year 2020 will be produced by means of renewable energy sources. Today this percentage is already a good 17%.  (http://ec.europa.eu/energy/renewables/transparency_platform/action_plan_en.htm)

Solar Valley
The industrial area in the district of Thalheim in Bitterfeld-Wolfen (Saxony-Anhalt/Germany) near the Halle-Leipzig airport is referred to as “Solar Valley". The production and storage facilities of various companies from the photovoltaics industry are found on the main road there known as “Sonnenallee” (sun avenue), for example the Sovello AG, the Q-Cells SE and its subsidiaries Calyxo GmbH and Solibro GmbH. In several development stages over the past few years a 77-hectares technology park was created – Solibro alone increased their production capacity to 135 MWp (Megawatt Peak) which makes them one of the largest solar module production facilities based on CIGS (Copper-Indium-Gallium-Diselenide) technology. Q-Cells SE was founded in 1999 and has developed into one of the world’s largest photovoltaics companies within only a few years. More than 200 scientists and engineers at Q-Cells work on further developing the technology by lowering the related costs both quickly and permanently, thus making photovoltaics affordable and competitive.

Complex Safety Network
One can easily imagine the disastrous effects a major fire may have in such industrial complexes. The local company of Teltron&Simet GmbH was assigned to equip the local businesses with an appropriate security network. Being a partner of Novar GmbH, these expert installers use ESSER traditional brand products. As of 2011, the installer will be able to look back at a successful and positive development regarding their own competences in the fields of communication, information and security technology. The company thus offers an efficient combination which promises a wide range of flexible services – even for large projects.

Conclusion
Peter Freitag, Managing Director of Teltron&Simet GmbH and in charge of the security system installation, gave the following summarizing statement during a conversation with the responsible persons at a final appraisal with Ronald Tschentscher, the responsible technical sales consultant for the ESSER product line: “It is reassuring to use high-quality products by an innovative and leading enterprise – with the certainty that the complex safety monitoring is running flawlessly. This smooth process in connection with the installation in large building complexes encourages us to proceed in the same manner in upcoming projects.”

Info:
Photovoltaics is the direct transformation of radiation energy (usually solar energy) into electric energy. It is used in electric power production on open spaces, roof surfaces, in parking meters or in pocket calculators – just to name a few examples. The name is made up of “photós” (Greek word for light) "and “volta” (after Alessandro Volta, a pioneer of electrical engineering). Photovoltaics is regarded as a section of solar technology which still includes other technical uses for solar energy.

One of the strengths of thin-film solar modules is the fact that they do not need glass or aluminum bases. With roll-up solar cells (for backpacks or sewn into clothing) even a lower efficiency rate is accepted. 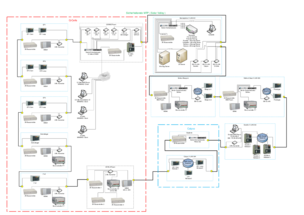 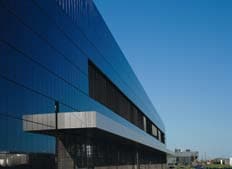