Miniatur Wunderland in scale 1:87 - Safe fire protection is only available in the original 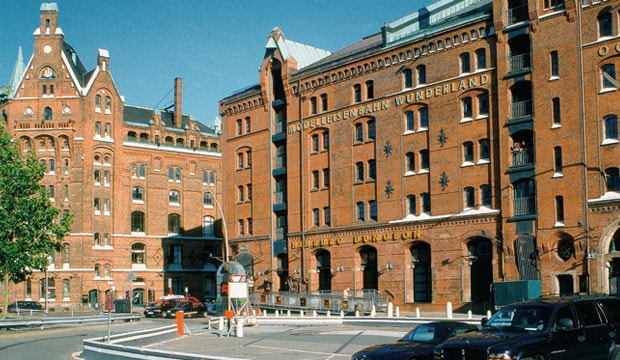 When the twin brothers Gerrit and Frederik Braun opened the Miniatur Wunderland in Hamburg's Speicherstadt (Germany) in 2001, they fulfilled a long-cherished dream. They could not have guessed that the realization of a spontaneous idea would one day become the world's largest model railway and Hamburg's No. 1 tourist attraction.

The miniature wonderland attracts 1.3 million visitors from all parts of the world every year and not only delights railway enthusiasts. Meanwhile, 15 million people from all parts of the world. More than 750,000 working hours have been invested in the facility, which represents a unique miniature world. Besides sophisticated technology, it impresses above all with its richness of detail. 260,000 lovingly staged figures and 280 computer-controlled cars captivate visitors, as do the ships and airplanes taking off every minute. So it is hardly surprising that the complex was recently declared the most popular tourist attraction in Germany by 40,000 foreign tourists in a survey conducted by the German National Tourist Board. A breathtaking miniature cosmos that cannot be seen anywhere else in the world. A complex system technology makes the exhibition unique. For example, 385,000 LEDs, which are dynamically switched - coupled with a specially developed lighting control system - ensure an almost perfect day and night simulation. More than 150 push-button actions never let you get bored and allow for enough interaction. In the meantime, the system has grown to over 1,490 square metres with nine sections. 300 employees take care of guests, bistro, souvenir shop and technology. 70 of them are exclusively involved in the planning, construction and maintenance of the model making facility. At the end of September, after 180,000 working hours and four years of construction, the ninth section was officially opened in the presence of Hamburg's First Mayor Olaf Scholz. The construction of the 190 sqm section cost more than 4,000,000 euros. By 2020, further sections will follow with Venice, France and probably England, which will increase the total area of currently approx. 6000 sqm by another 3000 sqm.

Where large numbers of people spend time in confusing buildings, increased attention is required with regard to safety aspects. At peak times, up to around 1,000 people stay in the listed building. During a family trip to the Miniatur Wunderland two years ago, a visitor came by chance into conversation with Salvatore Russo, who is a certified master event technician/lighting technician and state-certified technician (electrical engineering) in the special projects department of Miniatur Wunderland GmbH and has, among other things, assumed the important function of fire safety officer there. He benefits from his previously acquired, long-standing experience with the voluntary fire brigade. Since the visitor (Manuel Pelazas) happens to work as International Business Development Manager at Novar, the Neuss-based manufacturer of fire detection technology, and is accordingly well-versed in fire protection issues, he showed great interest in the technology used. During the conversation, he learned that at the time of the initial installation of the fire alarm system during the construction phase in 2011/2012, false alarms were also triggered due to fire simulations with a fog generator at the fictitious airport in Knuffingen. Against this background, when Manuel Pelazas told about the false alarm-proof technology of the ESSER detectors, he was able to lay the foundation for the successive replacement of the existing technology. In the meantime, the products of the traditional brand ESSER with their multifunctional detectors are used and provide the necessary safety. After the continuous expansion of the detector periphery, the current IQ8Control C fire alarm control panel is now at the edge of its capacity and, since another 50 detectors are to be connected, the expansion with a further control panel is planned. Even though a fibre optic link is already planned, networking will initially still be carried out via copper cables. Remote control panels play an important role here due to the spatial conditions.

It cannot be ruled out that one day the YouTube blog "Gerrit's Diary", run by the managing director Gerrit Braun, will report on the many facets of sophisticated fire alarm technology in addition to air conditioning and ventilation technology and many other interesting topics.

The article was published in the trade magazine SECURITY insight issue 1/2017.